One of the saddest American tragedies in our society is the publicized rift between Prince and Cecil.  I mean look at this 1992 McDonald’s ad with Big Daddy and Little Big Daddy and tell me your heart doesn’t melt.  Check out this chunky monkey below:

Like father, like son.  Two big boys bonding over a Big Mac (or 10).  It truly doesn’t get any better.  The kid was passed down the greatest fat genes of all time, it’s like if Michael Jordan had a son but the kid could actually walk and chew gum.

Young Prince gets major points not just for his lineage, but for being the first fat guy to pose for ESPN’s “The Body Issue”.  Talk about a guy who loves his curves.  If only he could reunite with Big Daddy for a 600 pound part 2 Mickey D’s commercial my life would be complete.  The heart wants what the heart wants.

“David Wells is fat. Not phat. Fat.”  That is how the Sports Illustrated headline article (shown above, by Jeff Pearlman) begins and I pray those are the 7 words written on his tombstone.  When you get your own Sports Illustrated cover bragging to the world how you eat chips, slug beers, and eat batters for breakfast you’ve truly done something special.  The article goes on to say “Over the past 13 years, players and trainers and managers have spent time–too much time–trying to convince themselves and the rest of the world that Wells was a fat guy in search of a skinny body. Nothing could be further from the truth. Wells is a fat guy who is content being fat, and if he is in search of anything, it is a beer: Coors Light, in a bottle, please. Everything about Wells is fat.  His fingers and toes, his ears and nose, his forehead and chin(s) are fat. Even his voice sounds fat.”

Look at him, he can’t even get off the mound without salivating over another cheeseburger.  Now THAT’S my kinda guy.  What else can possibly be said about THE GAWD?  And here’s what truly marks his greatness…his record at the time of this article was 14-2.  He had a glorious 20 year career, with a perfect game to boot for the World Champion Yankees in ’98.  Does it get better than this?  I’ve got goosebumps.

3. BABE RUTH – The Great Bambino, The Colossus of Clout, The King of Crash, The Sultan of Swat

Nicknames: The Great Bambino, The Colossus of Clout, The King of Crash, The Sultan of Swat

The dreamers, the doers, the believers.  The GOAT paved the path for every husky kid to imagine greatness.  To dream big in more ways than 1.  What’s there to even say about this legend.  Legend isn’t even a powerful enough word to describe The Great Bambino.  The man of a thousand nicknames.

The Babe was living the life as one of the greatest pitchers in baseball history when he decided “fuck it”.  He started exclusively living on a diet of hot dogs and beer and switched positions so he could become the greatest home run hitter of all time.  Sure some may say Hank Aaron was the greatest because he had a few more dingers, but when The Sultan of Swat retired he had TWICE the amount of homers as the guy in 2nd place.

Before he turned eight, Ruth had already chewed tobacco and drank whiskey for the first time.  He’s listed at 215 pounds, but that’s without a doubt his listing from the beginning of his career and not towards the heavyweight end.  His greatness was so incomparable that he’s become a myth, a God.  There will truly never be another.

Hola Guapo.  Oh, how I’ve missed you.  It’s been 15 long years since your portly figure hunched into your pitcher’s stance like you were dropping a deuce.  Only YOU would show up to spring training in your own “El Guapo” shirt, owning the nickname that was bestowed upon you.  I’ll never forget screaming GUAPOOO at the top of my lungs every time your fat ass ran into the game from the outfield.  It was unequivocally the best 25 seconds in sports as you hustled to the mound like it held the last piece of pound cake and you desperately needed a bite.

In the least surprising poll of all time, Guapo was voted the 2nd most adored pitcher in Red Sox history by fans.  His pitching coach said of his weight “He’s one of those guys who puts on weight by looking at food”.  And in the most insincere New Year’s resolution of all time, Guapo said of himself, “I’m trying very, very, very hard to lose weight,” says Garces, who, despite a program of exercise and running, has not slimmed down.  Thattaboy Guapo, you really fooled em’ this time.  Sure you’re “trying very, very, very hard”.  The last very definitely got em’.  Those suckers.  They’ll never know about the stash of Ho Ho’s in your locker and the Twinkie in your back pocket.  Everyone else stores their Copenhagen there, you just stuff your fat face with a Twinkie and tell everyone your dipping.  Don’t worry Guapo, your secret will always be safe with me.

One of the greatest videos of all time.  You know you’re the most lovable fat guy in the history of ever when the announcer calls your first career HR at age 43 “one of the great moments in the history of baseball”.  The funniest thing about that comment is it couldn’t ring more true.  This man defies logic and all reason, as immortally quoted in this home run clip “The impossible has happened”.  As a society we’ve seen just about everything in sports, but Old ‘Tolo is a new breed.  The older and fatter, the better he becomes.

He also knows where his magical powers lie.  He doesn’t keep any secrets.  Some frauds need to use PEDs and steroids to reach milestones.  Not ‘Tolo.  Big Sexy’s superpower is his weight, he just keeps eating and eating and eating.

I leave you with the following.  The exclusive Bartolo Colon workout DVD.  If only Jane Fonda could have made such a succinct 30 second video.  Some may say it looks like their 60 year old fat uncle trying to lose weight wearing trash bags.  Wrong.  Well, technically right but this is ‘Tolo.  Up is down and down is up.  It’s Big Sexy’s world, we’re just living in it. 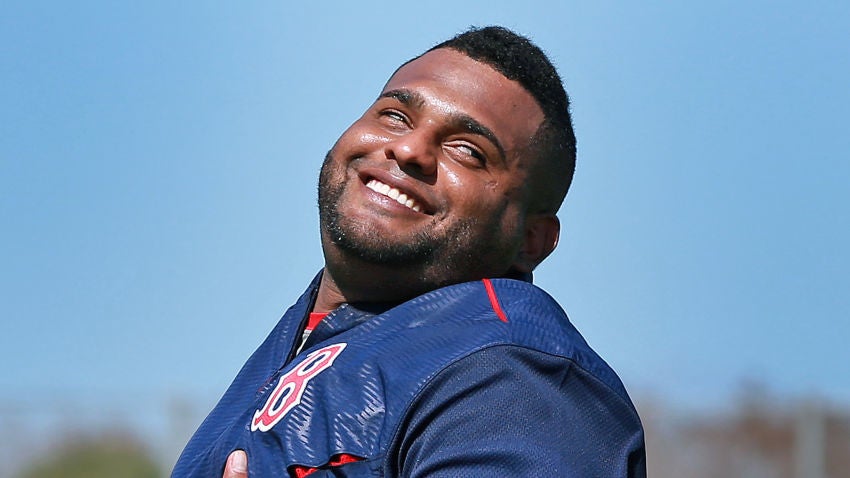